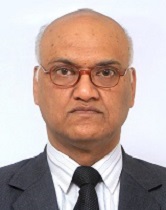 Dr. Aggarwal is the Director of the Jawaharlal Institute of Postgraduate Medical Education and Research (JIPMER). Dr. Aggarwal was previously a Research Professor of Gastroenterology at the Sanjay Gandhi Postgraduate Institute of Medical Sciences, Lucknow, India. Besides gastroenterology and hepatology, he has received formal training in epidemiology and laboratory work. The primary area of his research work is viral hepatitis. He has undertaken several epidemiologic, molecular and immunologic studies on hepatitis E, and has written several reviews on this disease. In addition, he has undertaken several studies on hepatitis B and C, including on cost-effectiveness of various therapeutic and prevention strategies for these infections.

He is a member of several national and international bodies, including WHO’s Scientific and Technical Advisory Group on Viral Hepatitis and WHO’s Strategic Advisory Group of Experts on Immunization. He is also the President Elect of the Indian Association for the Study of Liver.